Hi, it’s Susie Dentinfang, comedy-fantasy word expert at the Greenygrey. When I saw the word pietry yesterday I thought What the Flip, I don’t recall seeing such a word in all my days on Countdown to the Full Moon.

So I googled it (rather than looking it up), and couldn’t find a reference to pietry as pie-eating.

The only pietry I found was in the Urban Dictionary, and it was for gay German wardrivers!

So pietry looks set to be claimed as a new greenygrey word; I’ll keep you posted.

And if you want an example of pietry in motion, here’s an example:

One line’s text disappears
when I click delete
and the next seems to jump
to a rhythmic beat
joining other words in ver… … dict
poetic justice complete.

Hi, it’s Greenygrey, with the latest episode of Grey’s greatest solo adventure: Werewolf of Oz: Fantasy Travel by Google Maps. I just deleted some text listening to Pete Tong‘s Essential Selection Miami Special, and the poetic words above seemed to jump into my mind and dance around.

I’ve got rid of them now, so here’s the next episode, which sees the quackers quartet reach Tasmania‘s Melton Mowbray, which reminded Grey of the town of the same name in Blighty.

61.  BEYOND THE LAND OF CHEESE, WOLFRAM IS KING

We thanked the horses for the lift, and raced north. I didn’t know it at the time, but Hobart turned out to be the most southerly point of my Ozyssey.

We reached Melton Mowbray in time for dinner/supper, and saw a sign advertising The Scrumptioust Salubrious Surprise Supper Pie in South Oz. We agreed it looked too good to miss, so we called into the food emporium advertising it.

The surprise turned out to be that there was only cheese included in the pie. It was still delicious, but we couldn’t help thinking the advertising had been somewhat cheesy. 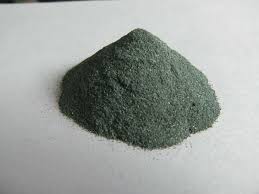 King Wolfram is a Grey Tonic

The dust sandy path took on a greyish appearance after Melton Mowbray. Angry told us it was because Wolfram was king here.

I thought it must be nonsense, and was shocked that something grey and wolfish could be king. Shock later turned to flabbergastation when I saw a piece of wolfram. Not only was it grey, but it also looked greeny in sunlight.

The Melton Mowbray in England is famous for food.
Central Tasmania has many wolfram (tungsten) mines.

Hi, it’s Baron Wolfman. Travelling over to Barcelona with Team GG was great, but it meant I got behind with my art-scouting, so today I headed over to emorfes to catch up on its fine collection of art, and pick out the best of the greenygrey.

There’s quite a few,
so without further ado,
as Wolfhol used to say to you,
here’s some great greenygrey to view:

The tree art of Zonenkinder is full of greenygrey, with the trees doing all the work this time, mixing green leaves with grey trunks:

The real-life Picasso women of Eugenio Recuenco shows Picasso liked a bit of greenygrey too:

Green provides a man-made contrast to nature’s grey in this Michael Murphy photo:

And just when I thought I’d caught up I saw some stunning nature photography by Veronika Pinke. That’ll have to wait until another day…

Hi, it’s Jack Wolfpac, creative writing and poetry correspondent at the Greenygrey. Marc Latham has finally got around to writing another Folding Mirror poem for fmpoetry.wordpress.com, and I’ve imported it into the Greenygrey world below.

Easter should be a time of increasing hot sunshine in Britain, but this year it has seen a return to winter! Marc has therefore reversed last month’s signs of spring poem with a return to winter one; like a mirror image.

curl back up and hide, until nature makes seasons decide

Hi, it’s Greenygrey. It’s Wednesday, and that means it’s about time for the first episode of the week for Grey’s classic Werewolf of Oz: Fantasy Travel by Google Maps comedy-fantasy epic.

After spending a week that just flew by in Taz-mania, the quackers quartet travelled to Tasmania’s capital, Hobart, where Grey met an old friend. Can you guess who?

‘Ho Bart! How’s it going dude, haven’t seen you for yonks; not since back in Springfield on the original ramble.’

We’d just arrived in Hobart, and I’d bumped into an old buddy of mine from the original epic Greenygrey ramble. As you know, we’d met up with his parents back in the Simpson Desert, but Bart hadn’t been there.

Bart said he’d turned over a new leaf in Hobart, and was doing much better than on his family’s visit to Australia; when he caused a diplomatic incident that ended up on television.

He said his parents told him about our meeting in the desert, and that they’d enjoyed our reunion.

I was introducing him to the others when he fired off a catapult at the Tasmanian Tigers, before throwing the catapult to me. I caught it instinctively; just as Bart told the Tigers I did it. Bart then ran off. I was left standing there with the catapult, not knowing what to do.

The current Tigers logo as adopted in 1995–96. (Photo credit: Wikipedia)

My mind was made up a few seconds later when the Tassie Tigers started running toward us. I legged it in the opposite direction, along with the others.

We were soon across the Tasman Bridge and scaling Mount Wellington.

There were wild horses on the peak, and Angry suggested we jump on and ride like the wind. I thought it was a good use of his mind. We rounded up four horses, and set off just in time, with the Tassie Tigers hot on our hooves.

The Tigers gave up the chase as we pulled away, letting out one last roar before disappearing back into extinction.

Hi, it’s Baron Wolfman, still head honcho of Greenygrey Arts, in the absence of Andy Wolfhol. Being head honcho has its perks, as I found out last week, when I joined Team GG in Barcelona. Barcelona is famous for its Modernisme arts, which were led by Antoni Gaudi around 1890-1910.

There are many houses, roofs and parks featuring the surviving artwork. The most famous of all, Gaudi’s massive La Sagrada Familia cathedral, is still under construction.

Gaudi mixed spirit with nature, with his artwork featuring distinctive curves, as he believed there were no straight lines in nature. Don’t know if that fits in with Folding Mirror poetry, but I think the spirit and nature fits in with Greenygrey. So I thought I’d combine some Barcelona Modernisme with Barcelona Greenygrey:

Montserrat mountains from the monastery.

Greenygrey design in top window to your right.

Hi, it’s Jack Wolfpac comedy culture correspondent at the Greenygrey. While Tony Loboinson was busy researching Greenygrey music history he sent me in search of literary history, having heard that my human parallel, Jack Keroauc, knew the Greenygrey.

So I started at the start, Keroauc’s first novel; The Sea Is My Brother; which was only recently discovered and published.

And it didn’t take me long to find evidence that Kerouac did indeed know the Greenygrey back in the 1940s, and mentioned it a couple of times in his first novel.

Kerouac had worked and travelled on the ocean, so he was writing from experience. Here’s his fictionalised account of meeting the nautical Greenygrey; maybe Jules Verne was inspired by Greenygrey too?:

Sea Is My Brother, edited by Dawn M. Ward

48. ‘… soon now, a spray-lashed day in the gray green North Atlantic, that most rugged and moody of oceans.’

That kind of brings my research around full circle, as Greenygrey in the human world was inspired by Jack Kerouac, and now I find out that Kerouac wrote of the Greenygrey!

greenygrey3
Create a free website or blog at WordPress.com.