I hope Manchester’s benefit concert goes well tonight, and the people attending, including the totally beautiful, cool and sexy 10/10 Adriana Grande, just got braver thanks to the Three Stooges for Allah who attacked London last night.

I have one love for Manchester, and that’s for its music culture, so I can honestly totally support tonight’s concert. I’ve always had a nice time there when I’ve visited, so don’t have any hate for them… apart from those United fans siding with Galatasary  v Leeds after two innocent fans were stabbed to death in Istanbul.

Some ordinary people around the country who don’t like Manchester or London might not care about the terror attacks, but I think they’ll be making the same mistake the tribes of Britain did when the Romans invaded, with some allying with the Romans.

The Liberal Establishment Multicultural Fascists made me and people like me the ‘enemy’ over the last twenty years, for trying to warn about attacks like that have happened over the last fortnight, as well as the grooming and rape epidemic which was by the same type of people.

Russell Brand was out looking happy with himself during the week; maybe he thinks his ‘Revolution’ is hotting up? Ironically, maybe some of the victims of the last fortnight’s attacks bought his ‘cool’ book!

Like I said yesterday, the terrorists just hate liberals/women/whites/British/Europeans/non-Muslims/non-Islamists, so they won’t care if you support them, unless you totally submit and volunteer as a slave to Allah!

The street gangster/gangsta types are on the fringe of the terrorism, maybe supporting it by buying or selling illegal stuff with them, or doing their demonising of me for them, like Dastardly and Muttley, and Paul Potty and the gang. Ironically, they are all, or have been, hedonistic party people, just like Manchester suicide bomber Abedi and the victims; showing what a vicious circle it is.

On the other side of the political spectrum, and ‘pond’, I think Donald Trump was wrong to bring God into it, especially after recently doing a ‘monotheism tour’ to Saudi Arabia, Israel and Europe.

Allah is Saudi Arabia’s ‘god’, and that’s why last night’s (and all the other I.S. ones) attacks took place.

I think a better response to the I.S. attacks is more secularism, and more debate about the reality of ‘god’. Religion should be discussed and debated in the context of modern science, and not in some kind of politically correct cloudy mythology.

Britain and Europe has been filling up with Islamists over the last decade, which doesn’t bode well for the future, near or far.

I think the way to limit the impact of attacks in the name of Allah is to open Islam up to real scrutiny and facts, not to fight it with ‘our god’!

Maybe then, the Jihadi-type Muslims won’t want to come to Britain and Europe. Over the last twenty years, since New Labour, the liberal establishment has encouraged Islamism to the point of persecuting and silencing people like me as much as possible.

I have been sidelined to this blog in my own country, while international Islamists are treated as heroes, and given all the money to research and propagate themselves!!

Thanks for the support Donald Trump, but I don’t think you got it right, like a lot of other stuff; although you’ve got some things right… like the Islamist threat!

Sorry if you think I’ve been scoring points and taking advantage of the situation, but believe me, I’ve been trying to be as diplomatic as I can; something most of my critics don’t know anything about!!!

This blog post title wordplays on the famous old phrase, an apple a day keeps the doctor away. While I have a couple of more serious themes to write about, I wonder if it’s worth it in the current media age, with less the better: less research, less truth, less content, less depth, less gravity and less morality.

This is largely a parody comedy blog post, with a message of how conspiracy theories can be seen everywhere, rather than Apple is in a conspiracy with me… I’m certainly not a-were (sic) of it anyway!

I’m not saying there are no conspiracies, just that not everything is one… but mostly I’m just having fun!

Apologies for an Unexpected Poetic Interlude
(this headline, which appears before the poem spacewise, but was included afterwards, timewise, was perhaps inspired by unconscious Monty Python memories, or Spike Milligan; I was reminded of the latter by a couple of Best Of specials after the recent Philippa Perry surrealism documentary, from his series between 1969 and 1982, which was prime inspirational time for me, born in 1965).

I usually find some greenYgrey-relevant news perusing the MSN news headlines, as I did with this today, and I think it’s worthwhile…
in a fun parody comedy way,
which is one side of the greenYgrey,
the 1 to display,
Life of Pi 2: in Person, in Public,
if I can’t shine like the sun
I’ll aim for its moon reflection anyway
squeezing every last drop
from this morning’s coffilosophy crop.

This photo in a story about Apple Live Photos has so much greenYgrey/PinkyOrangePurple relevance I don’t know were (sic) to begin! The photo contains a classic old-fashioned greenygrey scene, while the yellow circles icon looks like a technological representation of the sun, and LIVE could be a gYgPOP slogan.

Then the person below the waterfall in the image is doing what I called the boomerang during the writing of Werewolf of Oz. When a person is doing it their whole body looks like a Y, which also grew in relevance during the WoO writing (I have since seen a documentary about mid-twentieth-century New York protests where demonstrators used a similar arms expression symbol as a V for Victory).

The person in the photo is probably wearing red, and it would be stretching it a bit far, like his arms, to claim they were pinky or purple. Their hair does look orange though. Then the stage décor looks old-fashioned greenygrey, with a preponderousness of grey, and some green lines.

For heaps of classic coffilosophy there is only one book:

Available to buy or borrow on Amazon and some great big bookshops.

You Are The Boss of Your Own Happiness: 50 Ways to Change Your Life Today by Theo Kay. $3.99 from Smashwords.com

Wildlife is Free is a simple slogan, but I Googled it, and didn’t find it, so am showcasing it here, with four images I just saw on a MSN News story, creatively crafted into a greenYgrey-relevant readYmade to celebrate the centennial anniversary of Marcel Duchamp’s most famous toilet to fountain artwork, which is considered the most important twentieth century creation by many aficionados.

Wildlife is Free works as a double meaning, as much surreal art consists of juxtaposing different items or ideas:

While some animal welfare activists don’t want any animals to be in ‘human captivity’, I take a more greenYgrey attitude to it, thinking that in the current global situation for animals some are better off protected in captivity, and that they act as ambassadors for future generations, as I recently heard them described in a wildlife park. 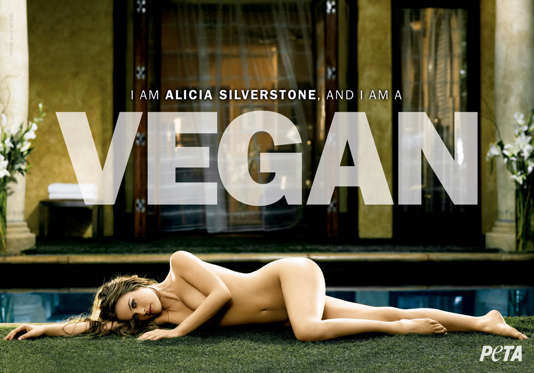 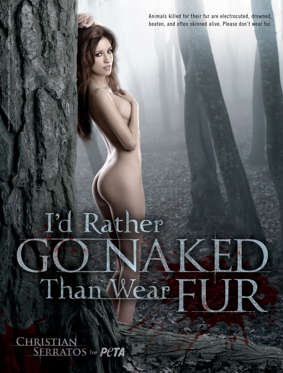 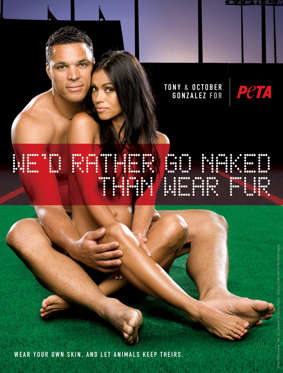 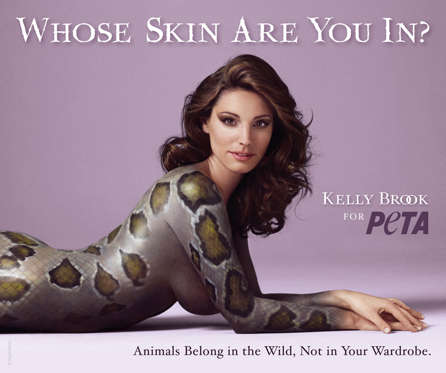 Available to buy or borrow on Amazon and some great big bookshops.

You Are The Boss of Your Own Happiness: 50 Ways to Change Your Life Today by Theo Kay. $3.99 from Smashwords.com

First there’s this Twix advert, which has multiple greenYgrey on many levels. Earl and Seamus are similar to Green and Grey, with the Twix like our Y. There’s also lots of greenYgrey scenery, and the factory path is shaped like a Y.

These Geiko adverts stress 15 minutes to save 15% on car insurance.. and have 15% more greenygrey than the average advert:

Warm weather in Blighty is increasing thirst, so Strongbow’s great greenYgrey advert must be hitting the target now. It includes all the best qualities of the new greenYgrey rebranding, with green and yellow nature in one half, and green and grey in the other.

The new Karrimor advert also has a lot of great greenYgreyness, with street scenes mixing concrete and nature:

Which is your favourite?

While it’s great to see Marc Latham talking greenygrey here and in his articles, it is always nice to read other people noticing and appreciating greenygrey.

J.M. Bridgeman did just that in her St. Kevin’s Kitchen, Glendalough, County Wicklow, Ireland article on TravelThruHistory. Wondering what drew her to the monastery, she wrote:

‘Perhaps what propels me to Glendalough can be attributed to the romance of ruins. Or is it the literal tug of history, of grey moss-munched stones informed by human hands?’

There’s lots more interesting observations and five nice photos; which are all greenygrey; in the article, and here’s a couple more greenygrey ones of the area from Zemanta:

Kate Humble and Me

Kate Humble gets a great perfect balance four-way greenygrey (Kate’s green top and green grass matched with the grey sign and wall) with Chris Packham captured in this image:

In this photo, Me looks like she sneaked the green bag into the photo once Chris was focusing on the camera to create a greenygrey foreground and background double.

I wonder if the man behind them is Me’s accomplice, getting in another grey to make it eight greenygreys by my reckoning (three greys in the jackets, together with sea and cloud, making five greys altogether, while the bag, trees and grass make three greens).

Greenygreying is of course still in its early years, and the scoring is therefore controversial. The sea could be classed as blue. Maybe one day we’ll have some kind of goal-line/magic eye technology to settle disputed calls.

Anyway, I have digressed, and now need a rest, without getting to the main story I’m here to present.

Last night I watched a fascinating documentary about yetis in the Himalayas. This has relevance for the Greenygrey as it is also looking for its origins of course.

The DNA matched that of modern polar bears, so they think yetis are real, and that they are bears descended from the same origins as polar bears before they separated 40,000 years ago.

It’s a great discovery, but I hope it doesn’t lead to more yeti hunting!

greenygrey3
Create a free website or blog at WordPress.com.